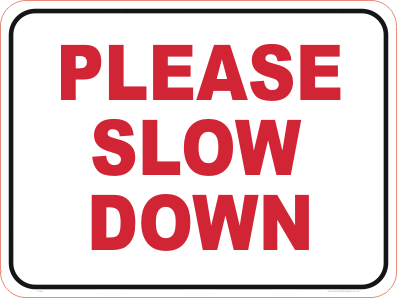 Speeding within communities is a dangerous concern for most HOAs. This is especially true for large communities such as Parkland Golf & Country Club (PGCC), which consists of long, wide roads that may tempt some drivers to hammer down on the gas pedal. This speeding concern became a critical issue that the PGCC HOA decided to act upon. The Board of Directors felt that something had to be done before someone got hurt.

The general idea of using speed cameras would be to send warnings and ultimately fines to those drivers who are caught on camera violating the posted speed limit. Since PGCC is an enclosed community, having private roads would facilitate the implementation of the speed cameras. Additionally, since FPL does not allow cameras on their poles, the community’s ownership of their light poles was a significant advantage at PGCC. Mary and the board continued to research the possibility of installing speed cameras, as well as other options to decrease speeding within the community.

PGCC decided to undertake the speed camera and violations project. The solution was to install three live cameras and three dummy cameras throughout the community. The live cameras are monitored daily and use state-of-the-art infrared technology to determine the speed of vehicles in violation and take a photo. The dummy cameras are swapped and rotated with the live cameras every couple of weeks to deter speeding in streets that were not being actively monitored previously. These cameras are installed high on light posts, so to be out of reach, and are calibrated once during installation.

With respect to the violations, PGCC has set up a comprehensive citation and fine schedule with offense tiers and their accompanying fines in detail. Residents are responsible for their guest’s speeding violations. Vendors are also responsible for their speeding and PGCC worked with management and counsel to create an enforcement structure that generated compliance.

The process of issuing the speeding violations is a collaborative effort. During this process, PGCC utilizes the help of Traffic Logix’s cameras and cloud software, ABDi’s gate access control software, and custom management tools to keep track of previously issued violations and for accounting purposes.

The first step in this process is the image capture by the camera of a speeding vehicle on the designated road. The image taken of the vehicle, the vehicles license plate, the time the picture was taken, the speed of the vehicle, and other details are immediately uploaded to the Traffic Logix cloud. On the Traffic Logix cloud portal, PGCC can sort by individual camera locations, speed limits, dates and other filters.

Once it is determined, if it is the violators first offense, or if they’re repeat offenders, the violation letter can be exported on the Traffic Logix cloud using pre-made citation templates for each specific offense.

SOS Site Manager Thierry Felix states, “As we drive through the community during regular patrol, we have noticed that cars in general have slowed down. The speed cameras are very effective in improving road safety at Parkland Golf and Country Club.”

Mary and the PGCC Board of Directors implemented the speeding cameras and violations project earlier this year and have seen favorable results. PGCC introduced the speed cameras to residents by posting signs across the community and beginning a four-week testing period, where only warnings were sent out to those who violated the speed limits. In the first 45 days after implementation, PGCC had 9,300 total speeding violations. “The residents of PGCC have been complaining for years about the speeding in the community. We have tried security patrol with radar, exploring narrowing of the roads, speed humps, etc.  The traffic Cameras have reduced our speeding by 92% in the community. The residents are super happy with the results and they notice how much speeding has come down as they drive through the community,” says Mary.

Additionally, 100% of the total cost of the cameras has been recovered from the violation collection alone. The relationship between the different software being used is still being tweaked to gain the most cohesiveness, however at this point it is producing favorable results.

Thanks to the work of Mary Banmiller and the PGCC Board, the speeding camera implementation has seen great results within Parkland Golf and Country Club. Speeding within communities in Parkland is a major issue. The work that Mary and the board have done at PGCC is setting the standard for speed controls and many surrounding communities are now following their lead.

This work is licensed under a Creative Commons Attribution-NoDerivs 3.0 Unported License.
Back to Top