Rembaum’s Association Roundup: The Assessment Liability Of A Subsequent Owner After A Lender Foreclosure – It May Not Be What You Think! 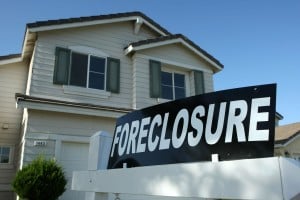 For those not yet introduced to the phrase “statutory safe harbor,” in the context of community associations, it limits the past due assessment liability of a first mortgagee, along with its successor or assignee of the mortgage to who acquires a condominium unit or a HOA parcel as a result of foreclosure of its first mortgage or by deed in lieu of foreclosure, to the lesser of one percent (1%) of the original mortgage debt or the unpaid assessments that accrued during the 12 months before the first mortgagee, its successor or assignee, obtained title. A number of cases regarding the application of the statutory safe harbor have been decided with the past few years regarding the extent and reach of statutory safe harbor, most of which have benefited the lender or its successor or assignee of the mortgage.

In today’s Roundup, we look at the liability of a subsequent owner who acquired tittle from the lender who had previously successfully foreclosed, but failed to pay the statutory safe harbor prior to transferring the title. The question of whether an owner who acquired title subsequent to the first mortgagee is entitled to the statutory safe harbor on the delinquent assessments due when the first mortgagee failed to pay the statutory safe harbor prior to their transfer of title to a new owner was addressed in the October 25, 2017 opinion of Florida’s Fourth District Court of Appeal in the case of Villas of Windmill Point II Property Owners’ Association, Inc. v. Nationstar Mortgage, LLC.

At trial, the trial court determined that Fannie Mae was entitled to the application of the statutory safe harbor in the amount of one percent (1%) of the original mortgage debt. On the Association’s appeal of the trial court’s decision, the Association argued that Fannie Mae was not entitled to the statutory safe harbor provisions of section 720.3085(2)(c), Florida Statutes, because Fannie Mae was not a first mortgagee, or its successor or assignee, that acquired title to the parcel by foreclosure or by deed in lieu of foreclosure. However, the Appellate Court did not agree with the Association’s argument.

While this case was with regard to the statutory safe harbor provisions applicable to homeowners’ associations under Chapter 720, Florida Statutes, it is likely that this decision will also be applicable to condominium associations under Chapter 718, Florida Statutes, due to the substantial similarity in the statutory safe harbor provisions of each of these chapters.

Rembaum's Association Roundup: A Failure to Pay Assessments Will Negatively Affect Credit Scores and It Is About Time and Long Overdue

Rembaum's Association Roundup: Do board members owe a duty of care and loyalty to their association?

A community association is a corporation, in many ways similar to any other corporation, be it a for-profit or not-for-profit ...
Start Reading
Ashley Dietz Gray, VP Marketing Jul 12, 2016 7 min read

Rembaum’s Association Roundup: Associations can once again foreclose their assessment lien after a lender commences its foreclosure

Like people, associations can have good days and bad days. Not too long ago, in December 2012, as a result of the Florida’s ...
Start Reading