Hurricane Season is here - If you suffer a casualty, you need to know about this new law 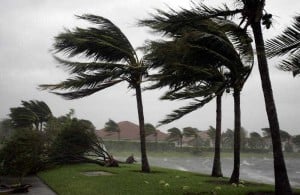 Insurers claim that the old system resulted in abuse of property insurance claims, as contractors were inflating repair costs and essentially operating without significant financial risk during insurance litigation, thus allowing contractors to assert numerous claims in hopes that one would stick. As a result, insurance companies were left bearing the costs of these lengthy litigations, and thus, sought to recover their litigation expenses through the consumer – the homeowner – by increasing insurance premiums. While a homeowner is still able to enjoy the benefits of the one-way attorney fee privilege, this right is no longer transferable to the contractors through assignment of benefits. Clearly, this is a drastic change that will affect contractors around the entire State.

With hurricane season approaching, in the event you experience a casualty, before signing an assignment of benefits in favor of the contractor who shows up, often uninvited, not only do you need to read the fine print, but it is strongly suggested you have an attorney review the assignment of benefits contract first.

If you have any questions regarding the impact of this new law, please discuss them with your association’s attorney.

Over the past few years, there has been a major increase in renters in condos and HOAs, in part due to the surge of Real Estate ...
Start Reading
Dan Tiernan, COO Apr 30, 2014 1 min read

What is that Word Wednesdays - "No Cut Contract"

The term "no cut contract" was originally used to describe a type of contract where a professional athlete would be guaranteed ...
Start Reading
Dan Tiernan, COO Sep 13, 2013 2 min read

What to look for and include in your vendor contract

A written contract is highly recommended when working with vendors for your HOA or condo association. Make sure that all ...
Start Reading