Recently, several readers inquired about the legal concept referred to as a “material alteration” which was best defined in 1971 by the Fourth District Court of Appeals in the seminal case, Sterling Village v. Breitenbach. In this case, the court examined whether the installation of glass jealousy windows on a screened lanai constituted a material alteration of the common elements. The court provided an excellent, clear and concise definition, when it explained that “the term ‘material alteration or addition’ means to palpably or perceptively vary or change the form, shape, elements or specifications of a building from its original design or plan, or existing condition, in such a manner as to appreciably affect or influence its functions, use or appearance." 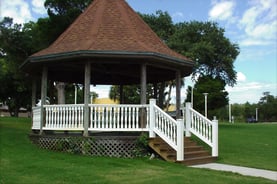 The Condominium Act requires the affirmative vote of 75% of the members to approve material alterations of the common elements absent specific language set out in the association’s declaration to the contrary. The purpose of these provisions requiring an affirmative vote of the members prior to making material alterations, is to protect the members from board action, where the unanticipated changes could dramatically affect the cost and/or enjoyment associated with home ownership within a community association.

A board should never try to clothe a material alteration as maintenance.” In the past, courts have held that replacing a concrete tennis court with clay, changing roof products from cedar to terracotta, changing the color scheme of a building, and redecorating a lobby, all constituted a material alteration of the common elements for which the requisite vote of the owners was required. Material alterations also include the removal of an existing amenity such as a gazebo, as compared to maintaining and replacing it at the conclusion of its useful life.

Nevertheless, at times the courts appear to support a board's decision to make what might otherwise be considered a material alteration, without the necessary affirmative vote of the members where the material alteration is reasonably necessary to protect the common elements or safety of the owners. For example in 1984, the Second District Court of Appeal, in Cotrell v. Thorton, held that the board had the right to extend the height of the seawall because it was necessary to protect the common elements from erosion and storm damage. In another case, the Florida Division of Condominiums held that where the board installed a security fence without the vote of the owners, such activity did not constitute a material alteration because the fence was shown to be necessary to protect the safety of the association's members where the association had established a history of criminal activity.

Other cases where the courts seem to sometimes, but not always, support a board’s right to make material alterations without the vote of the owners, is where the board justifies its alteration by asserting the material alteration at issue is necessary due to existing construction comprised of sub-standard materials. For example, in 1998 the Florida Division of Condominiums held in Krietman v. Decoplage Condominium Association, that a board's decision to replace acoustical ceiling tiles with drywall and replace ceramic floor tiles with marble was allowed where the drywall was shown to be more effective and durable, and the ceramic tiles were below present standards. In other cases, the result was contrary and a vote of the owners was required. When it comes to a board's decision to make material alterations based on a better product, as yet there is no bright line test to determine whether the better product can be substituted without triggering a prior need for owner approval.

Each time a board makes material alterations to its common elements; careful consideration must be paid to whether a vote of the owners is required. In fact, the starting point for any board faced with such decisions should include that such changes are, in fact, material alterations. At a minimum, the board should seek competent legal advice so that it can exercise its reasonable business judgment to make an informed and well-reasoned decision.

Reserves: An Overview for Community Associations

The topic of “reserves” in community associations is one which can be confusing. Chapters 718 (governing condominiums), 719 ...
Start Reading
Jeffrey Rembaum, Esq., Kaye Bender Rembaum May 19, 2014 3 min read

The average relationship between a community association and their South Florida property management company is six to seven ...
Start Reading