In anticipation of the 2016 Florida legislative session, Representative John Cortes of the Florida House of Representatives filed three bills affecting all Florida community associations and managers. Omnibus style House Bill 667 is massive in its scope. Its author begins by fully repealing Chapter 719, regulating Florida cooperatives and Chapter 720 regulating Florida homeowners associations, and then amends Chapter 718 to include many of the provisions of the repealed Florida Statutes, albeit, at times, with many significant differences. A new term is created, “common interest community” which refers to all types of residential communities and makes them subject to the provisions of the significantly overhauled Chapter 718. This Bill is 441 pages long. 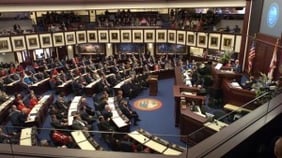 While all the changes are too numerous to mention, a few of the major changes which appear in the first 150 pages include:

Thus, while the concept of one chapter of law to govern all types of residential associations may one day prove worthwhile, in its present form, House Bill 667 needs work. As yet, this Bill does not have a Senate sponsor.

While Representative Cortes’ House Bill 667 seeks to completely revamp all existing Florida community association legislation, he has also filed House Bill 653 which attempts to bring the statutes regarding homeowners’ associations closer to those which govern condominiums and cooperatives (i.e., requiring the use of limited proxies for votes of the owners and conducting elections in the same manner as condominium elections). As was attempted during last year’s legislative session, House Bill 653 also seeks to make homeowners’ associations subject to the oversight (and fees) of the, to be renamed, “Division of Florida Condominiums, Homeowners’ Associations, Timeshares, and Mobile Homes.”

House Bill 665 also requires community association manager pre-licensure education consisting of not more than 40 hours of in-person instruction by a department-approved provider which must cover all areas of the examination including a new list of 22 fundamental management skills and knowledge. This is 18 hours more than what is presently required. The odd part is the sentence structure. If “not more than 40 hours of in-person instruction” is required, does that mean the course can be taught in as little as 1 hour (not that it could)?

Based on these few bills, Florida’s 2016 legislative session, which was expected to be a quiet year as related to community associations, could turn out to be quite active.

How To Remove Troublesome Trees

Rembaum's Association Roundup The owner of real property can end up paying twice when they pay their general contractor who, in ...
Start Reading