Tech Tuesdays: Fiber to the Home – Should you have it in your Community?

Many condominium and homeowner associations have bulk cable agreements in Florida.  This can be a great benefit to the owners as the association may be able to negotiate a discount of 50% or more off retail rates.  However, unlike a typical residential agreement, these bulk agreements typically require a five to ten year commitment.  With the rate of change in technology, this can make for very challenging decisions among boards.  One of those decisions may include the need for your community to implement an optical fiber connection direct into your home.   Below is some information regarding the benefits of “Fiber to the Home”, from a group called the Fiber to the Home Council of Americas – a non-profit group that was formed by companies and organizations that are working to implement fiber to home solutions in the United States.  More information is available at www.ftthcouncil.org 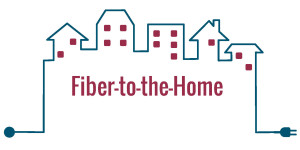 Fiber to the Home FAQ

Q. What is fiber to the home?
A. Fiber to the home (FTTH) is the delivery of a communications signal over optical fiber from the operator’s switching equipment all the way to a home or business, thereby replacing existing copper infrastructure such as telephone wires or coaxial cable. Fiber to the home is a fast growing method of providing vastly higher bandwidth to consumers and businesses, and thereby enabling more robust video, internet and voice services.

Q. What is optical fiber?
A. Optical fiber is a hair-thin strand of glass, specially designed to trap and transmit light pulses. The fiber uses light instead of electricity to carry a signal. It is unique because it can carry high bandwidth signals over long distances without signal degradation, and it can provide those signals simultaneously in both directions – upload and download. Copper media can also carry high bandwidth, but only for a few hundred yards – after which the signal begins to degrade and bandwidth narrows.

Q. How does running fiber all the way to homes and businesses improve telecommunications services?
A. Connecting homes directly to fiber optic cable enables enormous improvements in the bandwidth that can be provided to consumers, both now and for many decades to come. Today’s widely commercialized fiber access technology can provide two-way transmission speeds of up to 1 gigabit per second, with 10 gigabit systems now coming to market and even higher bandwidth fiber networks in development. These improvements can be made without having to change the installed fiber, which is why fiber networks are said to be “future proof” and are capable of handling increases in bandwidth demand for decades to come. In addition, all-fiber networks are capable of providing symmetrical bandwidth for downloading and uploading, which give them another advantage over copper-based networks.

Q. How many North American homes are connected to FTTH networks?
A. As of early 2013, fiber to the home networks are available to more than 22 million homes in North America, with nearly 10 million homes connected and receiving Internet, voice and/or television service via FTTH.

Q. What kinds of companies are providing FTTH services?
A. More than two-thirds of all FTTH connections in North America are provided by Verizon through its FiOS all-fiber service. The rest of the connections are spread out over more than 700 entities, the vast majority of which are small, local telephone providers that have upgraded from copper to fiber. In addition, about 100 municipalities across the continent are providing FTTH to their residents as a public utility, and some small cable companies have upgraded to all-fiber as well. More recently, Google has begun deploying gigabit fiber networks to homes in the Kansas City, Austin, TX and Provo, UT areas, while public-private partnerships led by Gig.U have spurred deployment of gigabit FTTH in a number of university communities.

Q. Why are network operators upgrading to FTTH?
A. Ever-accelerating demands for more bandwidth and faster connectivity, driven by increasingly sophisticated video services and other applications, have prompted telecommunications providers to carefully consider which access technologies will enable them to meet their subscribers needs far into the future. Running fiber all the way to homes and businesses has become the best way to stay ahead of that demand. In addition, many telephone companies are upgrading to FTTH because it gives them the ability to deliver a television service to their subscribers, in addition to the fastest possible Internet service, which enables them to compete with cable television providers. And many municipalities provide FTTH service because they know that world class connectivity is essential to attracting businesses and jobs and enhancing the quality of life for their residents.

Q. What trends in telecommunications are driving the need for more bandwidth?
A. The main driver is the proliferation of video over the Internet, particularly via video services such as Netflix, Hulu and YouTube. In its annual Visual Networking Forecast, Cisco estimates that by 2016 1.2 million video minutes – the equivalent of 833 days (or over two years) – will travel the Internet every second. In addition, the number of Internet-enabled devices in the average home continues to grow, as consumers purchase more smart-phones, tablets and Internet video devices (such as Roku boxes), as well as machine-to-machine devices – and together these devices are increasing the need for more bandwidth to the home. Cisco projects that by 2016 there will be nearly 18.9 billion network connections – almost 2.5 connections for each person on earth – compared with 10.3 billion in 2011.

Q. But isn’t everything going wireless? Why do we need wireline fiber connections in our homes?
A. Wireless mobility is increasingly important to the proliferation of Internet applications and services. But when you look at connectivity from end to end, the vast majority of the signals are carried over wireline (and increasingly) fiber infrastructure, whether it’s to a cell tower in the neighborhood, a wi-fi access point in a business or community center, or a wireless router in the home. It is this blend of robust wireless mobility and ultra high speed wireline connectivity that is driving the development of the “always available” platform that is delivering increasingly sophisticated, high-bandwidth services and applications to both consumers and businesses

Q. What is the status of FTTH in Canada?
A. Canada’s FTTH deployment has picked up in recent years, with more than 540 thousand homes now connected into all-fiber networks across the country, compared with about 100 thousand just three years ago. The largest FTTH provider in Canada is Bell Aliant, which is deploying mostly in the Atlantic provinces and is now the second largest FTTH provider in North America after Verizon.

Q. What was the first FTTH community in the U.S.?
A. The first local governments to build a publicly-funded FTTH network for its residents were Kutztown, PA and Chelan County, WA, where FTTH networks came online in the late 1990s. But they were not the first FTTH networks to be deployed. The East Ottertail Telephone Company in Minnesota (now known as Arvig Communications) began upgrading to FTTH in 1995, and we believe that is the first telephone company to do so. Going back further to the late-1980s, BellSouth (Southern Bell Telephone and Telegraph Co. at the time) built FTTH networks in Hunter's Creek and Heathrow, two master-planned communities near Orlando.

Q. Are fiber to the home services more expensive than those that are available over cable modem and DSL?
A. Our surveys have shown that FTTH subscribers pay approximately the same for their Internet, voice and video services as do customers of cable and DSL providers, and that FTTH subscribers actually pay less per megabit of bandwidth that they receive. In addition, surveys of broadband consumers conducted by Consumer Reports magazine and by the FTTH Council have shown that subscribers of FTTH services show considerably higher satisfaction rates than subscribers of other broadband services.

Q. How does the U.S. compare internationally in terms of fiber to the home connections?
A. South Korea, Hong Kong, and Japan – and more recently the United Arab Emirates – are the world leaders in the percentage of their households that receive broadband services over FTTH. Russia has recently surged in its FTTH deployment activity, adding 2.2 million connections in the second half of 2012, while China is also deploying FTTH aggressively. The United States is one of the world’s leading countries in terms of the number of FTTH connections and in the annual growth of homes connected to FTTH.

Q. What is the Fiber to the Home Council?
A. The Fiber to the Home (FTTH) Council Americas is a non-profit association consisting of the companies and organizations that deliver video, Internet and/or voice services over high- bandwidth, next-generation, direct fiber optic connections – as well as those involved in planning and building FTTH networks. Its mission is to accelerate deployment of all-fiber access networks by demonstrating how fiber-enabled applications and solutions create value for service providers and their customers, promote economic development and enhance quality of life.

Q. Who are the FTTH Council’s members?
A. The FTTH Council Americas has more than 270 members, more than half of which are entities that provide FTTH services to subscribers. These include independent telephone companies and cooperatives, competitive broadband providers, municipalities that provide FTTH services as a public utility, and some cable companies. The Council was founded largely by optical access equipment makers, who still make up a large part of the Council’s membership. Another growing segment of Council membership is comprised of the engineering firms that specialize in designing and building FTTH networks for service providers. The Council also has a Latin American chapter that represents a growing number of companies involved in wiring up Latin America and the Caribbean with FTTH.

Satisfied with Your Cable TV and Internet Provider?

Should You De-bulk your Community Alarm Services in your HOA? The Start of the New Year is a Great Time to Review Your Bulk Alarm, Cable and Internet Agreements.

Does your building have a rooftop lease agreement with a wireless carrier or does your association have a telecommunications ...
Start Reading